An engaging introduction to Tudor life through period dances and music. 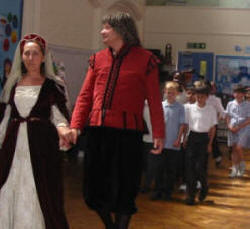 Everyone gets a chance to try dancing graceful Pavanes and Measures, energetic Galliards and rumbustious Branles (also known as Brawls and often danced that way!) The dances were collected for the early editions of “The English Dancing Master” published by John Playford in 1651.

Pavane: A stately court dance made up of “Single” and “Double” steps in different directions. It can be done with couples (lady usually on man’s right) facing forwards to the top of the room (“to the presence”)  or with couples moving anti-clockwise around the room.

Galliard: An energetic dance with leaps, often done after a pavane as a contrast.

Branle: Originally from the French Courts, the dances were adopted by the lower classes. Danced in circles or broken circles i.e. horseshoe shape as in “The Horses Branle”

Tunes on recorders and mandolin (backed up by less authentic modern instruments and recordings). Many of these can be played later by pupils. Information on the instruments and music theory can be included:

For a more interactive session, our repertoire of Tudor songs includes:

Between dance and music there can be discussion on the impact of costume and space on the dancing. Major events and historical details are included with illustrative quotations, pictures, poems and literature. 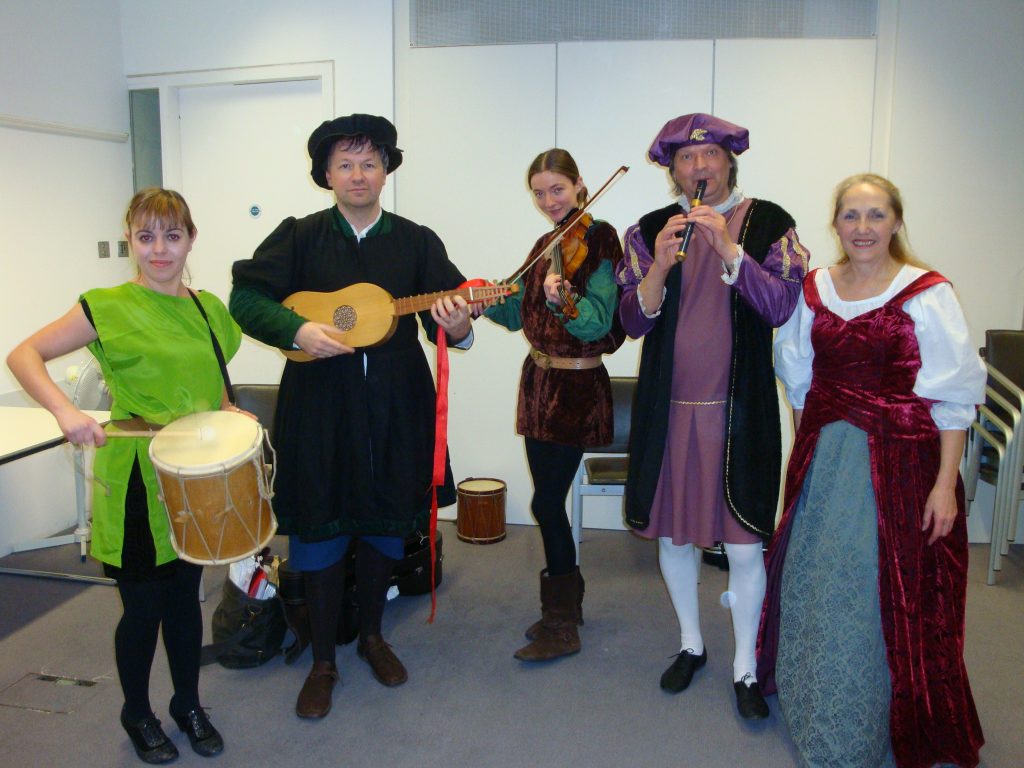 Informal sessions can be arranged for small groups. Larger groups could be treated to more of a show with 2 performers and costumes. Individual performances can last between 45 minutes and an hour but with the possibility of 2 or 3 sessions in a day. A solo show presented by a jester (late medieval/early tudor costume) is another option.